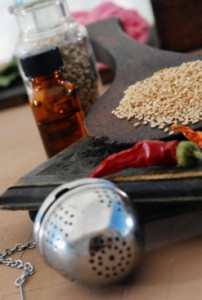 Mother of all Sciences

Ayurveda or the “science of life” is a holistic system of preventive medicine and health care, which was developed in India over 5000 years ago. It is the result of a combination of herbal medicine, Hindu philosophy, daily experiences and scientific observations. There are several aspects to this traditional medical system that include therapeutic herbs, diet and nutrition, life-style counselling, healing music, meditation and yoga – the sister science of Ayurveda.

The main focus of Ayurveda is balance. It is based on the universal law of balancing the five elements of nature – ether, air, fire, water and earth, which are present in the human body as ‘doshas’ or bodily humors. It coordinates the functioning of the body with the same cosmic rules present in the universe.

The Sun, Moon and Wind together make the five elements at the macro-cosmos level while Vata, Pitta and Kapha reside in the human body as their equivalent in the micro-cosmos level. According to Ayurveda, to achieve a balance every person must live according to their inborn body-mind constitution or ‘Prakrti’. As everyone’s constitutional makeup is unique; no two persons are the same. Ayurveda understands this and works through different avenues to prevent mental or physical illnesses from developing.

The Eight Limbs of Ayurveda

Ayurveda has been categorised into eight branches based on the different systems of the body and their treatments. The eight angas of Ayurveda are